The Gioco del Cacio was a challenge between two or more players who confronted each other by throwing pecorino cheese (weighing about 1 kg) through the streets of the village.
The winner was the one who reached the finish line first. If the cheese were to break when hitting against corners and steps of the streets, the player it belonged to had to replace it at his own expense. The prize for the winner was the opponent’s cheese. The game has ancient origins and until the 50s only adults participated because they were the only ones who could afford the cheese (at the time it was considered an essential food for many families). Players were usually locals challenging each other on the morning of the last day of the Carnival period.
Today the game takes place during the second Sunday of August, with players from the four districts of Celle sul Rigo challenging each other. After the proclamation of the winning district there is a dinner with music for everyone. 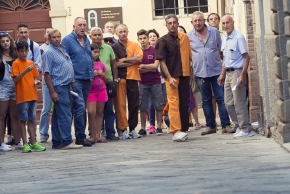 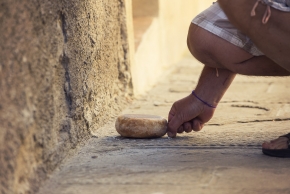 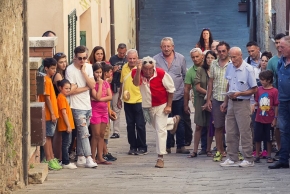 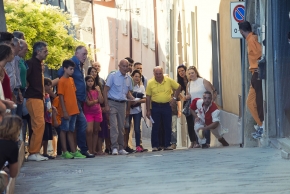 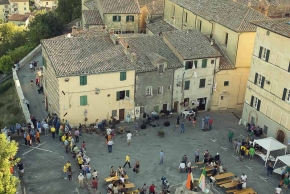 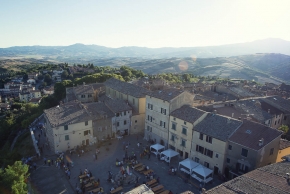 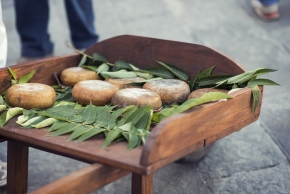 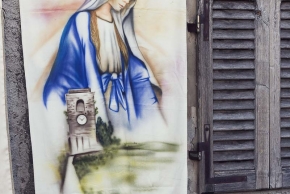 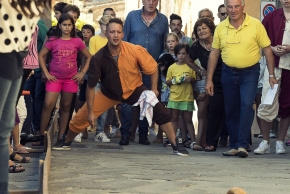 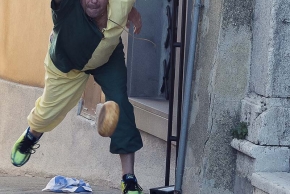 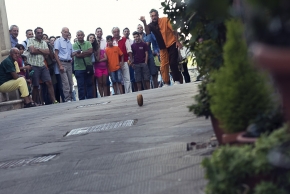 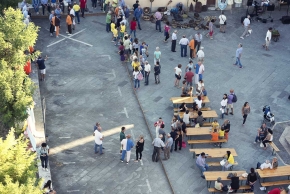