Born as a Carnival dessert, on the second weekend of June Ciaffagnone becomes the absolute star of a summer gastronomic festival in San Casciano dei Bagni, organized for over thirty years by the local Pro Loco.

This crêpe pays tribute to our traditional cuisine and typical flavours. It is a rustic crêpe, prepared according to a local ancient recipe mixing flour, water, eggs and a little salt. Ciaffagnone is the dish we prepare during Mardi Gras in our homes and squares. It is still cooked in pork lard and during the festival it is possible to look at its typical preparation. It has to be thrown in the air and to be taken on the fly with the pan to brown both sides. Ciaffagnone finds a worthy companion in local pecorino cheese , sugar and chocolate and hazelnuts cream.
During these three days of festival other local products are served as well. Worthy of mention is the local truffle, which over time has joined the Ciaffagnone as a star of the festival. 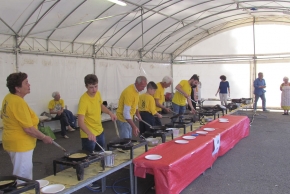 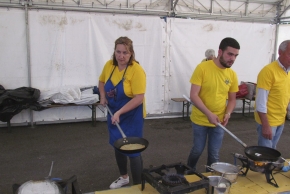 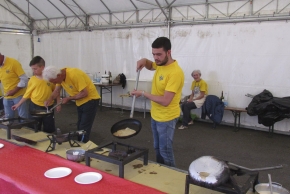 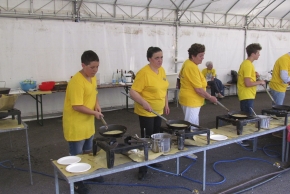 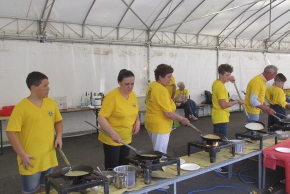 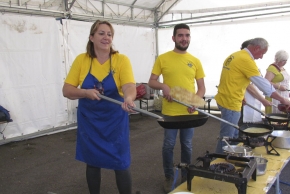 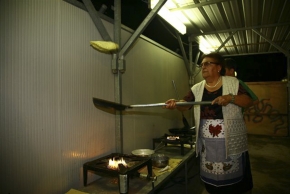 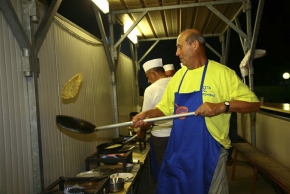 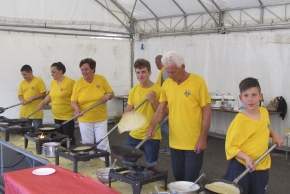 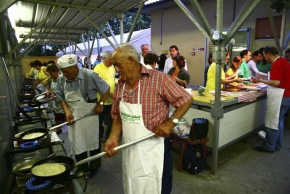 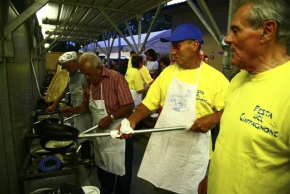